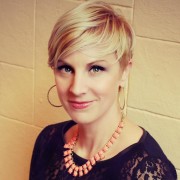 I’ve realized in the past year, that I am intimidated when I am with Asian people. I confessed this to my friend Joyce the other night (who is Asian) after we enjoyed some soup together and a round of the un-game- a Fick family and social worker favorite get to know you game. Somehow we got on the subject of social norms and overlooked etiquette cues when I blurted out; “this year I realized that Asian people intimidate me.”

Joyce, being a kind person who didn’t call me a racist and storm out of my house asked me what I meant. “well, I explained, I’m not embarrassed by much- crazy stories that don’t portray me in a favorable light, people making fun of me, inappropriate bodily noises, I usually can laugh with it. It’s the social cues thing- since Asian culture is a shame based culture, I’m always afraid that I’ll do something wrong or offensive and that the Asian folks I’m hanging out with won’t tell me because it would be shameful to shame me.” Hmmm, Joyce pondered, “but with black friends, they’d just come out and tell you what you were doing wrong, you’d have a laugh about it and then go back to doing whatever you were doing?”  yep. pretty much, in my experience.

I explained how at a wedding of a mutual friend this summer, who is Asian, there were mostly Asian guests. Dave and I had arrived a bit early since he was DJing the reception for them & Reuben was getting antsy from sitting in the church with us. So, I let him run around in the reception area, making sure he wasn’t bumping people, climbing on stuff or touching all the appetizers on the tray and then putting them back. As I looked around at the other guests, it was like a weird sixth sense of Asian mom disapproval for letting my son run around. No one said anything to me, but I still felt like I was getting silent stares of “don’t you know you shouldn’t let your son do that?” I was worried that it was also translating into “white parents let their kids run around like banshees at wedding receptions!” Joyce assured me that the Asian moms probably didn’t approve of Reuben’s rambunctiousness, but that I shouldn’t stress about it.

Joyce assured me that she would tell me if I was eating dim sum incorrectly, was doing things that were inappropriate or shameful in situations and that she’d help me learn from the inevitable mistakes I’ll make in relating to people who are different than me ethnically. I hesitated to post this blog because in today’s culture it feels almost inappropriate to name how people are different from one another, it feels wrong to say that you feel intimidated by even small cross cultural blunders because we’re supposed to be beyond all that as a culture. We’re enlightened and stuff.  I don’t know that there’s that many safe places where people can talk about ethnicity- things they don’t understand, questions they have or things that they enjoy.  This has been one of the reasons I’ve enjoyed working for InterVarsity Christian Fellowship so much- the almost 50 year commitment to helping their students and staff not only value the diverse ways God has created his people, but helping all of us understand what scripture says about relating to people who are culturally and ethnically different. It may not be pretty at times, but wading through the embarrassments, conflict and shame are all part of learning to love who God has made each of us to be, and how he uses each culture to help us understand who he is.